Landlords have continued raising their asking rents for apartments in the Albany region but less aggressively than in recent years, a sign the multi-family building boom may be causing supply to exceed demand.

“We’re at an inflection point,” said Jesse Holland, president of Sunrise Management & Consulting. “We may have built as much as we should have. It’s not going to be ‘if you build it, they will come.’ We are reaching that saturation point.”

Sunrise Management surveyed 175 apartment complexes with more than 32,000 units and found the average asking rent per-square foot increased less than 1 percent over the past year in Albany County; 1.5 percent in Saratoga County; 1.9 percent in Rensselaer County; and 3.7 percent in Schenectady County.

All of the percentage increases were lower than the peaks in each county over the past three years.

The survey only includes market-rate apartments with no income or age restrictions. Apartments for college students are excluded. The report is available here.

Thousands of apartments, many with granite countertops, wood floors and fitness centers, have been built in the region over the past decade as developers responded to strong demand from young professionals and retirees downsizing from large homes.

Rents surged upward. The average asking rent increased 10.6 percent in 2015 in Saratoga County, one of the fastest growing counties in New York.

With rent growth slowing amid strong competition, Holland said landlords need to focus on efficiently managing properties and responding to the needs of tenants.

“People want services,” he said during a multi-family housing panel discussion today hosted by Sunrise Management that drew more than 200 businesspeople to The Century House in Latham. “They want ease to pay rent. Your property management, which is often thought of last, really needs to be one of the first things.”

About 4,000 to 5,000 more units are in the pipeline, though it takes years to get municipal approvals. Not all will be built.

Lenders are scrutinizing multi-family development deals more closely and want to work someone experienced in commercial real estate, said Ed Jennings, vice president of commercial banking at SEFCU. They also want borrowers to put up more of their own money.

“The old phrase that cash is king has come back to fruition,” Jennings said.

Hugh Johnson, a nationally-known financial analyst in Albany, cautioned developers the economy could slip into recession in the second half of 2019 as interest rates continue rising and housing affordability declines.

The stock market is also facing a cyclical downturn, though Johnson said it shouldn’t be as severe as what happened after 2008. The current bull market hit 112 months today, the longest-streak since the end of World War II.

“This is not the time in the cycle where I want to be stepping up to the plate,” Johnson said. “I hate to be a killjoy. Don’t stop. Just don’t get real expansive.” 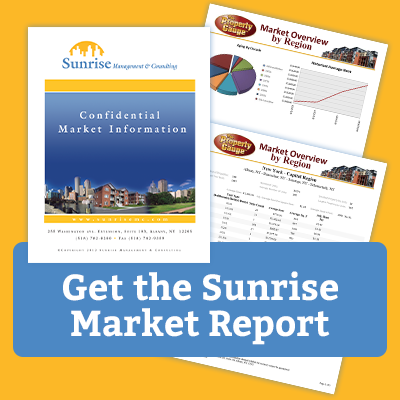